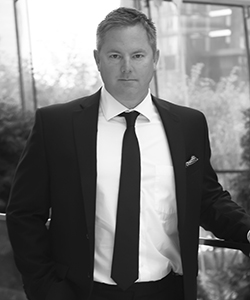 What is Rainmaker and what does it do?

Breitkreuz: Rainmaker Energy Services is an oil, gas and water development project management firm based out of Calgary. We supply engineering expertise and personnel, focusing on international locations.

It was always my goal to work in the international market, and when things fell apart in the Canadian drilling market in 2014, it made perfect sense to pursue work outside of Canada.

How and why was it founded?

Breitkreuz: Rainmaker Energy Services was started after getting involved in an oil exploration program in the Golan Heights, Israel. I originally went over there to evaluate the air drilling system and rig equipment for the oil company, Afek Oil, a subsidiary of the Genie Group out of New York.

After making a few changes and working with the equipment for a few months, Afek ended up purchasing the rig and equipment, and Rainmaker took over the project management and personnel supply for the project. The Israel project was a great foundation to build the structure of Rainmaker to service international customers. It was particularly interesting working with Afek and Genie, as we were suddenly involved with a company that had people like Howard Jonas, Dick Cheney, Rupert Murdoch, Jacob Rothschild, Bill Richardson, James Woolsey (former head of the CIA), Larry Summers (former head of the U.S. Treasury) and others on its board of directors.

Being able to drill wildcat holes very close to the Syrian border and the Sea of Galilee has been quite an experience over the past few years, and the entire organization has been a pleasure to work with.

Where is the company operating now?

Breitkreuz: The Israel project has led to Rainmaker being involved in projects in other exotic locations, and we have supplied a variety of workers for projects in Brazil, Colombia, Kuwait, Kurdistan, Chad, Turkey and Gabon. Right now we’re focused on our projects in Kurdistan and Israel, but really seem to be moving towards more work in Africa. Once our main projects begin there, it will be our focus for years to come.

There are a lot of challenges related to working there (elephants destroying fences around the rig, malaria, difficulties navigating confusing visa and import/export laws, to name a few) but the opportunities for oil production can be big enough to make the challenges worthwhile.

Rainmaker tries to apply the Canadian work ethic and the reputation for getting things done to any operation. I think a lot of our people are happy to work in new environments, and most of the challenges we face seem reasonable compared to drilling in severe winter conditions.

How has business been in recent years?

Breitkreuz: It has had its ups and downs as projects have started, been delayed, ended and changed. As Rainmaker has grown, we’ve seen a more consistent revenue stream where we have multiple sources of income. Even when times have been challenging, we’ve been thankful to be working internationally.

Walking through the Plus 15s in Calgary has been a pretty depressing endeavour over the past five years, and seeing all of the empty office space and shutdown businesses has made us appreciate working in environments not constricted by the Trudeau Liberal government, the lack of education nationally regarding the Canadian oil and gas industry, the lack of access to world markets, and other negative forces acting on the economy.

What are the plans for the company?

Breitkreuz: Rainmaker will continue to expand and work on more and larger operations internationally, as well as look at opportunities in North America. We have built up a group of excellent drilling and completions consultants, rig crews, and other oilfield and water well experts, and are committed to keeping them working.

We would like to continue to slowly grow this group, so customers know that when they get one of our people, they’re getting the very best who are committed to the interests of the client, ensured by all of our consultants being following our Petroleum Industry Code of Ethics policies. And as has always been part of our culture, have a lot of fun doing it!