Don’t be too hasty to rename schools

Instead of renaming schools, we should educate students about the legacy behind their current names – good and bad 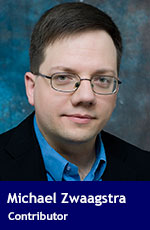 If some petitioners get their way, Cecil Rhodes School will be no more. The Winnipeg school would still exist, but under a new name.

No doubt most Canadians who hear about this have one burning question: Who is Cecil Rhodes?

In 1902, Rhodes donated a significant sum of money to establish the Rhodes Scholarship. This scholarship, which continues to this day, makes it possible for students from around the world to attend the University of Oxford.

Unfortunately, like most other 19th-century politicians, Rhodes believed in white racial superiority. In fact, many of Rhodes’ imperialist policies paved the way for the formal adoption of apartheid in South Africa.

Obviously, there’s nothing commendable about apartheid or racism in any form. As beneficial as the Rhodes Scholarship has been for many students, it doesn’t absolve Rhodes of his racist views.

Interestingly, no one is calling for Nellie McClung Collegiate to be renamed.

That’s probably because McClung helped women gain the right to vote in Manitoba and elsewhere in the country. This was no small achievement.

One might suggest that the simplest, and most consistent, course of action would be to rename every school whose namesake espoused racist views. However, if we do that, we’re going to have to come up with a lot of new names.

That’s because we can find serious flaws with pretty much all the men and women whom many of our buildings, streets and schools are named after. For example, Wilfrid Laurier supported the racist Chinese head tax, William Lyon Mackenzie King forced Japanese Canadians into internment camps during the Second World War and Tommy Douglas wrote his master’s thesis on the so-called merits of eugenics.

Instead of renaming schools, we should educate students about the legacy behind their current names. This means making sure students know about both the good and the bad things these people did. In other words, use these names as teaching opportunities with students, both now and in the future.

That’s why the Manitoba Metis Federation opposes the proposed renaming of Wolseley School in Winnipeg. Even though this school is named after the 19th-century British military general who led the Red River Expeditionary Force that forcibly suppressed the Métis people, the federation wants future students to remember what Wolseley did. That’s less likely to happen if his name disappears from buildings.

Keeping the names of Cecil Rhodes, Nellie McClung and Garnet Wolseley on schools is not an endorsement of white supremacy, eugenics or military oppression. Rather, it’s a recognition that Canada’s history is a messy one and that many of our heroes were also villains.

Instead of erasing our history, let’s make sure students learn about it, warts and all.

Michael Zwaagstra is a public high school teacher, a research fellow with the Frontier Centre for Public Policy and author of A Sage on the Stage: Common Sense Reflections on Teaching and Learning.