Island Park already plays host to the wildly popular free concerts series “Concerts in the Park” throughout July and August and this year a local promoter is filling dates in June with additional free concerts.

“There’s an appetite for more free concerts and I think especially for old time country and country music,” says promoter and local musician Terry Human. “We’ll be on the green bandstand on the east side of Island Park every Thursday In June from 7 – 8:30 p.m.” 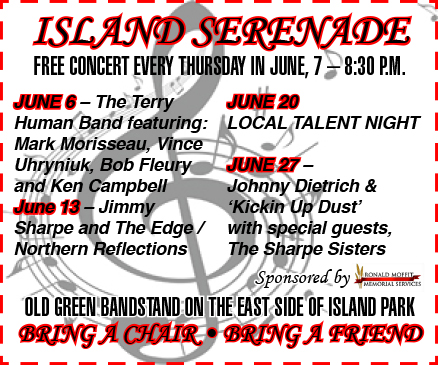