The dawning of a new age for Canadians with disabilities

In a world of turmoil, we can’t afford to waste precious resources – particularly the leadership and ingenuity of people with disabilities 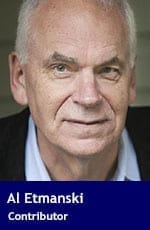 The recently proposed Accessible Canada Act and the just released Senate report on essential fixes for Revenue Canada concerning the disability tax credit, Breaking Down Barriers, are stellar achievements for advocates with disabilities and the receptive politicians and public servants who listened. If both are implemented, they will remove the physical, social and financial barriers to the participation and contribution of people with disabilities in Canadian society.

That’s ‘if’ because both have yet to be put into action. The first has to pass through both houses of Parliament and the second requires government support.

But there’s every reason to be optimistic.

“We are here because of the disability community and their advocacy for decades,” said Kirsty Duncan, minister for Sports and Persons with Disabilities. No statement by a politician could be truer.

I’ve watched this relentless advocacy in action since my daughter was born with a disability nearly four decades ago. The advocacy was inspired by the mantra, “nothing about us, without us.” Too many tables were set and decisions made by people who thought they knew best for the disability community even though, in most instances, they were not part of the disability world.

People with disabilities had to fight mighty hard just to be at those tables, let alone to be heard and heeded. Let’s hope those days are over.

No one likes to be included as a favour or in response to pressure. That type of inclusion is fragile, easily eroded and far too dependent on the grudging good will of others. Inclusion without power and leadership is tokenism. Far too often it’s used by the status quo to preserve the status quo.

The real hope for inclusion lies in people with disabilities setting their own tables and doing their own inviting based on their terms, their agenda and their solutions. Fortunately, there’s an awful lot of that already happening.

I see it in events like Calgary’s inaugural Disability Pride Parade. I see it in the explosion of artists with disabilities as playwrights, singers, painters and hip-hop dancers becoming part of mainstream culture. People like singer-songwriter Christa Couture, who will guest host CBC’s radio show Tapestry this summer. I see it in the leadership of people with disabilities like Carla Qualtrough, who was Canada’s first minister of Persons with Disabilities and is currently minister of Public Services and Procurement.

Inclusion benefits everyone. In a world of turmoil and trouble, we can’t afford to waste precious resources – particularly the leadership and ingenuity of people with disabilities.

That’s why people with disabilities should be in charge of implementing both the Accessibility Canada Act and the Senate report. Not as advisers or monitors to the process, but as leaders directing it.

To get rid of the old assumption that people with disabilities need to be helped, the implementation of the accessibility act and Senate report should be based on a new mantra: What’s about us is up to us.

These three structural changes should be implemented by the federal government:

People with disabilities are more than advocates. They’re experts in achieving impact. They have the toughness, discipline, ingenuity and experience to ensure that implementation matches bold intentions.

And they have the ability to make Canada even greater.

Al Etmanski received the Order of Canada in part for his work on the Registered Disability Savings Plan (RDSP). He recently presented his concerns regarding the Disability Tax Credit and RDSP to the Senate Committee on Social Services.