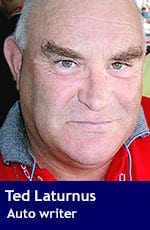 Like pets and people, cars need to be exercised regularly, especially those with a few miles on them.

If those old bones and joints aren’t given a regular workout, they deteriorate. Rubber gets brittle, oil loses its viscosity, gas sheds its octane and moving parts become arthritic.

Cars aren’t couch potatoes – they like it when you take them out once in a while.

If it’s an older collectible car, however, maintenance can be an issue. Lots of parts are simply unavailable and the quality of original equipment manufacturer and new old stock replacement parts can be iffy.

A couple of years back, for example, a crop of made-in-China rubber bits and pieces hit the North American collector market and they were, well, crap, and caused a lot of misery and frustration.

But a few advancements have made things a little easier. Here are five things that have changed the face of the collector car hobby:

The old set-up can trace its origins to 1910, when Cadillac developed the first usable system. These days, companies like Crane, MSD and, especially, Pertronix have a range of products for a vast variety of models that can be installed in minutes. They do the job better and, once they’re in, never need replacing.

Installing an electronic ignition system in a vintage car makes a world of difference. It runs better, starts easier, is easier to tune and delivers better fuel economy. And most of the time, it preserves the vintage character of the car.

I have Pertronix in my Triumph TR4A, for example, and it really woke the engine up.

Arguably the most problematic area of an automobile is its fuel system. As someone once said: 90 per cent of all electrical problems can be traced to the fuel system. Pumps wear out, lines corrode and carbs just flat stop working. Some, once they let go, can never be put right – Stromberg and Solex, for example.

But replacement carburetors are usually better than the originals, with closer manufacturing tolerances, less reliance on rubber parts and more precise fuel metering. One company in particular – Weber – has pretty much cornered the European collector car hobby, with replacement carbs for everything from Austins to Zagatos.

Next time you attend a vintage car show and shine, check out how many European models are now sporting Weber carbs.

Today’s breed of synthetic ‘oil’ is technically a man-made lubricating fluid. You can get them for engines, gearboxes, differentials, brake systems, suspension parts, and on and on.

Synthetic fluid is quicker to warm up, holds its viscosity longer, lubricates better and goes further between changes.

Long-in-the-tooth transmissions, especially, benefit enormously from synthetic gear fluid; synchromesh is preserved and cold starts are made much easier.

Like old-age pensioners, cars don’t like getting up in the morning and can be kind of grumpy until they get going. Synthetic oil makes it easier to get the ball rolling.

Until this web-based marketplace showed up in 1995, vintage car hobbyists were at the mercy of swap meets and auto-jumbles when they needed hard-to-find replacement parts.

eBay is a 24/7 swap meet and I’m continually amazed at the variety of stuff put up for sale. Need a set of trunnion bushings for an MGTF? Gudgeon pins for an Alvis?

You’ll probably find them on eBay and, to a lesser extent, Craigslist and Kijiji.

A leap of faith is required when purchasing something on eBay, however. You’re hoping and assuming that the seller will do the right thing and follow through. But in at least a decade of buying and selling on this website, I’ve only been burned once.

Tip: Lots of sellers make their profit on ‘shipping and handling,’ and you want to keep these costs down as much as possible.

B.C. collectors have a good thing going. The government-owned Insurance Corp. of British Columbia (ICBC) has a collector/vintage/modified car insurance plan. If your car passes muster, you can get plated for a fraction of what it would normally cost.

My TR4A, for example, runs me about $260 a year for good coverage, with all the usual deductions. In Ontario, private companies like Hagerty and State Farm have similar programs, but neither can match ICBC’s rates.

The London Daily Telegraph recently reported that collector cars are one of the “shrewdest” investments you can make, appreciating in value more than gold, coins, stamps and, in some cases, real estate.

In the past decade, says the Telegraph, some classic cars have soared in value by up to 430 per cent – the operative word here being ‘some.’ If you’re talking about Ferraris, Bentleys, Porsches and the like, that may be true.

But for those of us living here on planet Earth, collector cars are first and foremost an excellent hobby, with all kinds of built-in fun and appeal. And it’s getting easier all the time to care for them.