A Portage la Prairie woman whose family has been impacted by the local “meth crisis” appeared as a delegation before city council this week and issued notice she’s tired of the drug problem and wants her city back.

Ashleigh Laperle’s message to city council was anything but sugar-coated: it was grim and bleak, just how she feels now that her family has been dragged into the growing meth and drug problem in Portage la Prairie.

Laperle is co-organizing a “Stop The Violence” march on June 29 that will have stops at city hall and the RCMP station.

The Stop The Violence march is a peaceful march to raise awareness about the drug crisis affecting Portage la Prairie and area and the violence it brings,” Laperle told council.

“I came to speak to you guys to make it clear that this is not intended to be a protest against the government or the local RCMP. It is a peaceful coming together of an entire community. I think it is very important we stand together and show these dealers that are bringing these drugs into our streets that they are no longer welcome here,” she said in her opening remarks.

“You don’t have to look very far for evidence that there is a drug problem here. You can take a walk through one of our parks and you are likely to find some needles where our children are playing. Crime in Portage la Prairie has definitely increased in the last two years.

Her sister is struggling with addiction “I have personally seen friends and family taken over by this drug and I know the damage that they can cause, not only to the person but to the community and the families.”

Laperle is not pointing fingers. She said increased education, treatment and prevention are important and awareness to the problem will help improve available solutions in the community.

In her research on how other communities are fighting back, she mentioned community policing. Presently Portage has Citizens on Patrol and this week the Bear Clan is presenting to the community what its group does in Winnipeg.

“Treatment needs to be a major focus in Portage. We need our own rehab and detox facility into our town,” she said. The window of opportunity to help an addict is very small. “They can’t wait months for treatment. The addicts need to know that there are people that care about them and where and how to get help,” she said.

“I have heard most of those concerns raised by other people. This is certainly not a big secret,” Portage la Prairie Mayor Irvine Ferris said following Laperle’s presentation. “The RCMP have been telling us this…as I mentioned this evening three time a year meet with the other nine mayors in Manitoba and this is a common theme in every single community — some more and some less. But it is certainly something every city and a lot of our RMs and other communities are dealing with,” he said.

Asked if Laperle painted a bleak picture, the Portage Mayor said he didn’t see it that way. “I didn’t take it as a bleak picture. She was talking about community action so I am very, very encouraged by that. If you going to improve the crime situation it’s going to take all of us to be involved.”

The mayor acknowledged members of the community are concerned enough to present to council about drugs and violence. “Citizens are ready to step up and help out. That’s encouraging,” he said. 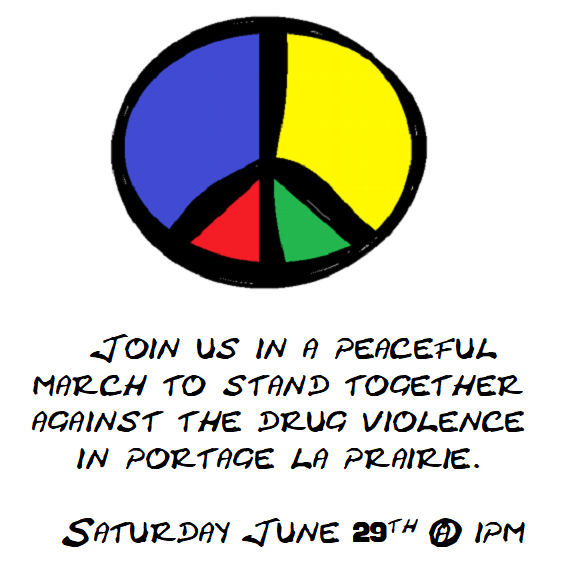