On June 6, 75 years ago boys who signed up to fight in World War II were called upon to fight like men with orders to storm the beaches at Normandy.

On June 6, 2019 to honour their bravery and how it helped shape the world, veterans, the RCMP, the 3CTFFS School, the Manitoba First Nation Police Service, cadets and family members who still cherish the sacrifice the loved ones made held a parade and marched from the Legion to the Saskatchewan Ave, cenotaph to commemorate the 75th anniversary of D-Day.

Royal Canadian Legion Branch 65 President Bob Oldford officiated the solemn ceremony at the cenotaph calling for two minutes of silence, the Last Post and the playing of the Canadian national anthem and God Save the Queen. Long Plain First Nation Chief Dennis Meeches led an Indigenous group of drummers and singers in a rendition of Soldier Boy.

Wreaths were laid at the base of the cenotaph from a representative of MP Candice Bergen’s office, MLA Ian Wishart attended to represent the provincial government, Portage la Prairie Mayor Irvine Ferris for the city, Deputy Reeve Garth Asham for the RM and Chief Meeches and Long Plain veteran represented their community.

“This is truly a historic occasion that has to be remembered,” Wishart said. “Just think without the sacrifice these soldiers made, what would our lives be like? What language would we be speaking?” 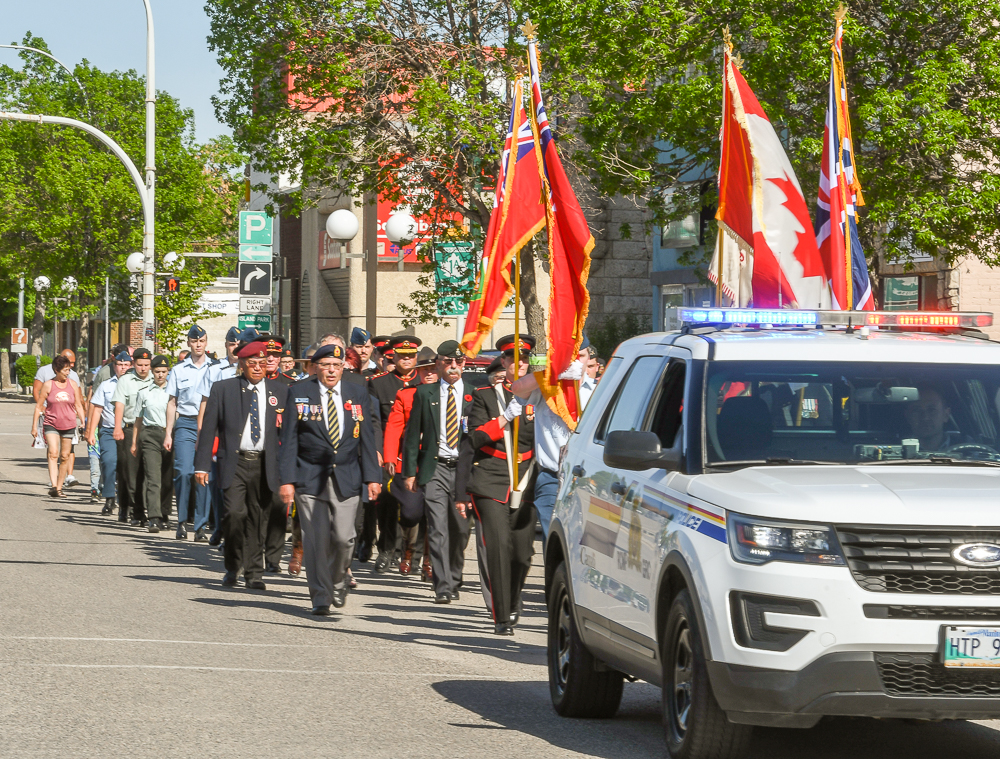 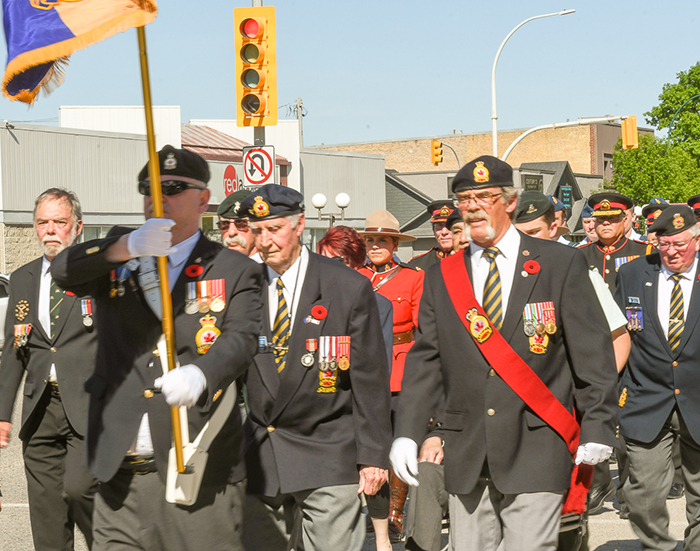 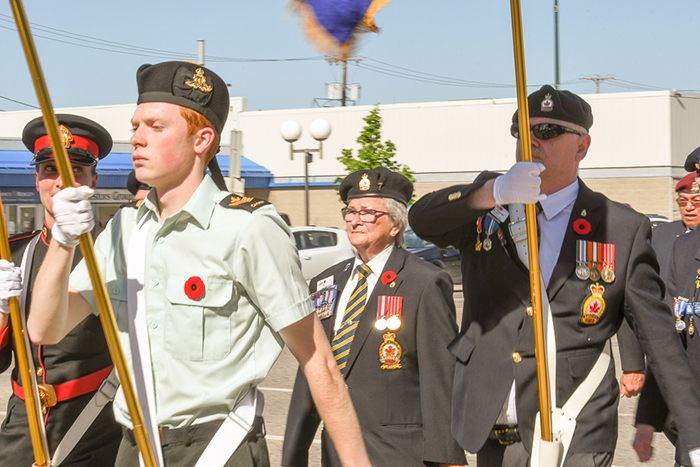 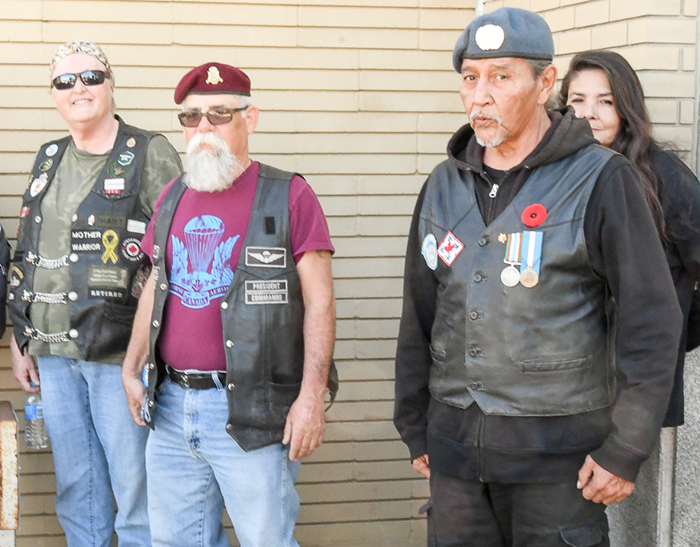 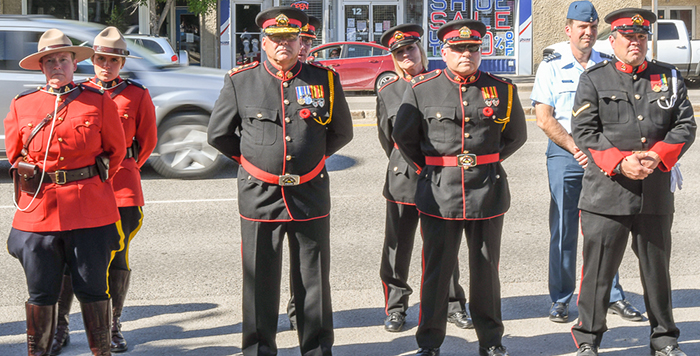 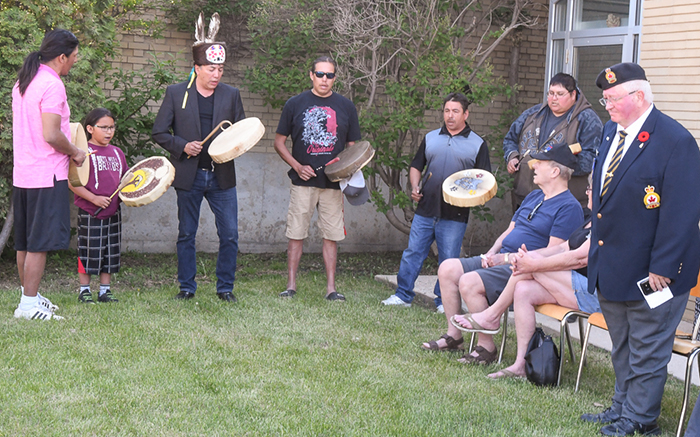 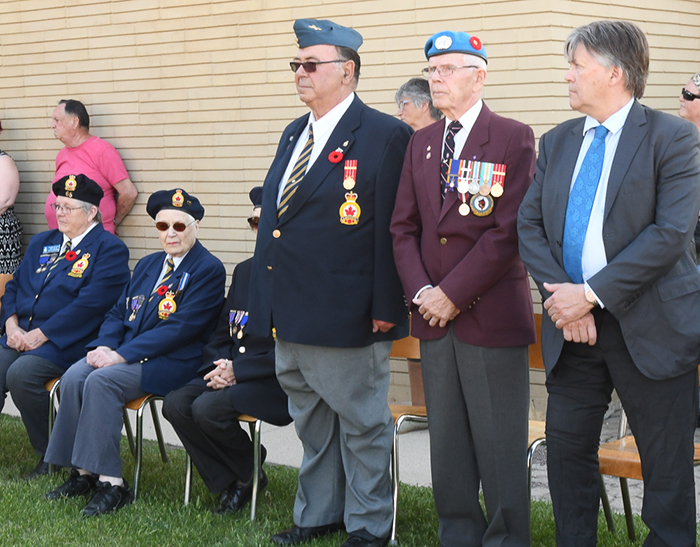 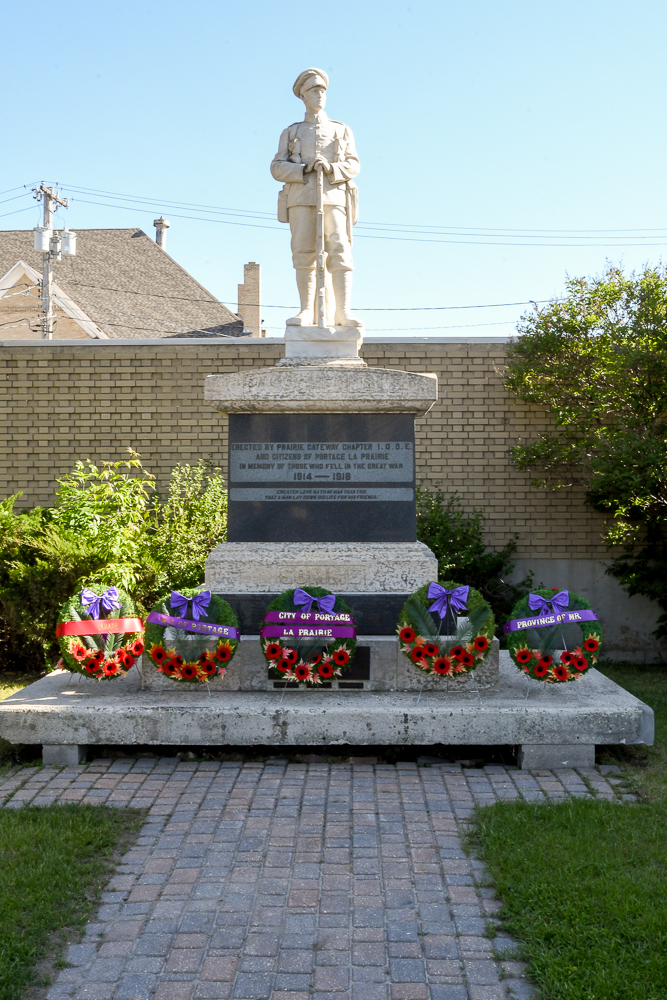