Once again Mayfair Farms has been recognized as a top Manitoba farm family.

In February this year, The Portage la Prairie & District Chamber of Commerce gave the nod to Mayfair Farms as its choice as Farm Family of the Year during “An Evening of Excellence in Agriculture”.

A few days ago Mayfair Farms was chosen as one of the first 2019 BMO MB Farm Family Award Recipient in Manitoba during the Royal Manitoba Winter Fair at Brandon.

In a press release, BMO’s explains, “ties to Canada’s agricultural industry run deep. Agriculture represents one of the largest portfolios of the bank and BMO has remained committed to providing the best agricultural products in the market to its customers while providing a wealth of knowledge and experience to help grow and sustain the industry. For over 20 years, BMO has honoured farming families in the southern Alberta area who take an innovative approach to grow their business, demonstrate a commitment to traditional western values and maintain an exceptional standard of sustainability. Eleven years ago, the program expanded to celebrate families in the southwestern Ontario area.

“This year, BMO Bank of Montreal and the Provincial Exhibition of Manitoba are proud to honour six farm families in Manitoba for their commitment to agriculture and the community.”. 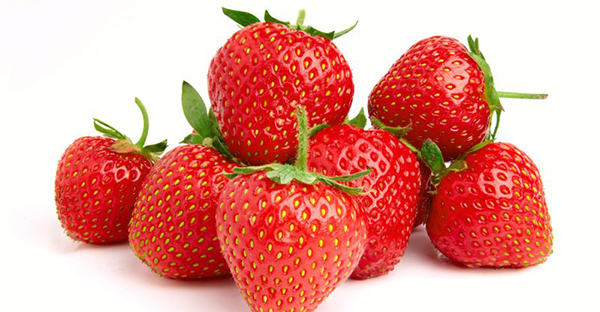 Mayfair Farms began in the 1940s as a turkey farm, evolving through potatoes to its present fruit, vegetables, and edible beans operation located in the heart of Portage La Prairie, Manitoba.

The current patriarch, Kelly Giffin, is the nephew of founder George Hill, who was a leading entrepreneur in Portage La Prairie. The third-generation brothers, Mike and Todd Giffin, manage operations today while the fourth generation, Melanie Moran, manages the office. Other members of the fourth generation are now becoming involved in the farm operation.

The Giffin family also involves the international community in their farm operations. Working with approximately 60 migrant workers during the annual crop production season allows Mayfair Farms to provide quality produce for the local area and internationally through Peak of the Market.

Mayfair Farms was the first farm in Canada to create a unionized collective agreement for its migrant workers.

While the workers have subsequently decertified their union local, the initial creation of the agreement demonstrates the Giffin family’s commitment to engage in new practices to benefit their workers. The farm is currently in the process of updating the migrant workers on farm accommodations. On a more local level, Mayfair Farms’ u-pick and pre-pick fruit production along with providing local consumers with hands-on experience in food production.

Based in an area commonly known as “The Island” in Portage La Prairie, the Giffin family has maintained intensive crop cultivation adjacent to the Assiniboine River. This area is prone to flooding, which has provided rich soil for growing but which also creates unique challenges due to changing river levels.

Given Mayfair Farms’ proximity to the river, the Giffin family continually manages soil erosion and works hard to ensure that nutrient management doesn’t negatively impact the river system. Mayfair Farms uses riparian buffers along the river to create natural buffers between fields and the river. The riparian areas also provide great green spaces for people to enjoy when attending the farm.

The Giffin family continuously works to improve farm operations through various initiatives. For example, edible beans have been added to improve the rotation, greenhouses now allow Mayfair Farms to start growing crops in February, and investments in cold storage allow the farm to provide produce all year round. Mayfair Farms is also continuing to develop its presence on social media through Facebook, Instagram, Pinterest, and Twitter.

The Giffin family has always been a major driver in the local business community. Early members of the family started the first pharmacy in town, Hills Drugstore, the Mayfair Hotel, the Mauna Loa Lounge of the 1960s, Mayfair Glassware of the 1950s, Mayfair Motors, and the Mayfair Turkey Farm and Hatchery. Currently, the Giffin family continues to support the business community through its ownership of the Mayfair Print Shoppe & Office Supplies store.

Furthermore, as a key vegetable producer for western Canada, Mayfair Farms is a key supplier of product to Peak of the Market and has acted in an advisory position to Peak of the Market. Members of the Giffin family have also held positions with Keystone Vegetable Producers.

Finally, in addition to their main farm operations, the Giffin family does an annual holiday tree sale to provide good quality trees to area residents.