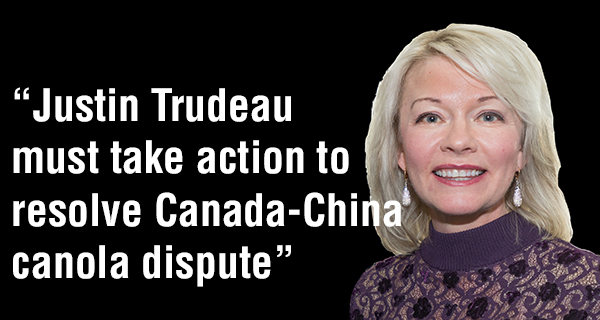 Conservatives know that the issue at hand is not Canada’s canola product. Canada produces the best canola in the world. Rather, this calls into question Justin Trudeau’s ongoing failure to handle Canada’s relationship with China.

It is clear that Canadian agricultural producers are paying for Justin Trudeau’s mistakes on the world stage.

I am deeply concerned about the impacts that these unfounded actions by the Chinese government will have on Canada’s agriculture and canola sector, as approximately 40% of Canadian canola exports go to China, with a value of approximately $3.6B in 2017.

Canada’s Conservatives have requested an emergency meeting of the Agriculture and Agri-Food Committee to discuss the Trudeau government’s lack of action on this important file. Justin Trudeau must stand up for Canada’s canola industry and demand that the Chinese government stop these baseless actions against Canada’s agriculture sector.