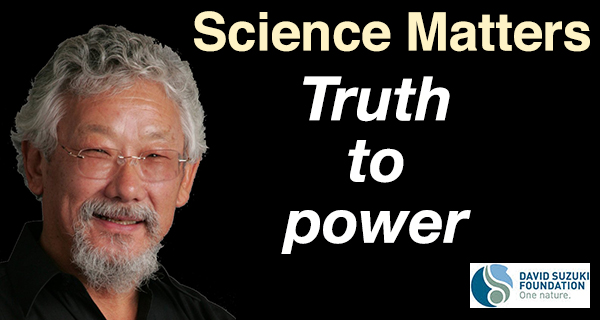 As was demonstrated in the U.S. last week, many who are motivated by fear and ignorance are feeling emboldened — and desperate. It’s not just in the United States. Irrational, authoritarian, anti-science rhetoric and action has been heating up from Brazil to India to Hungary and is fully entrenched in places like Russia and China.

With the growing realization that current economic and power structures are at best threatening our health and well-being and at worst the very survival of humanity, many people are calling for rapid change. Those who benefit from today’s systems, or who have been convinced they do even as their own economic conditions worsen, are pushing back, fearful of losing their real or imagined privilege.

There was a time when the changes needed to avoid the worst of global heating, biodiversity loss and even increasing disease outbreaks could have been gradual, with minimal societal disruption. When, more than 30 years ago, NASA scientist James Hansen warned the U.S. Senate about climate disruption, shortly before I hosted a CBC radio special about it, there was still time for a smoother “transition.”

For the most part, those warnings weren’t heeded, but people in politics and industry continue to say we can’t change overnight and must ease away from fossil fuels and destructive industrial and agricultural practices that degrade and destroy the natural systems on which our health and survival depend.

The COVID-19 pandemic has hit the world hard, but it’s also showing we can and must change our ways quickly if we want to live well on this small blue planet.

Going back to “normal” means increasing consumerism, car culture, industrialization and destruction for the sake of a relatively recent economic system developed to shift the wartime economy to one based on consumption, with little understanding of or regard for the consequences.

Consumerism provides a false sense of purpose and meaning. It doesn’t bring happiness or well-being. Its benefits increasingly accrue to those who perpetuate the system to enrich themselves, while those who have been convinced to grasp for crumbs fall further behind. During the pandemic alone, the world’s 500 richest people grew their wealth by almost US$2 trillion, while so many others suffered. The world’s wealthiest one percent now owns half the global wealth.

In perpetuating false notions about the need to continually consume more to keep the economy going, to keep GDP rising, those in power have engendered a failure to remember what really brings meaning and happiness to our lives: community, connections to each other and the wider world, appreciation of nature. Of course, we need economic systems to coordinate labour, production and distribution for the basic necessities of food, water, shelter and clothing. But our current systems are failing even in that regard.

As the old saying goes, the rich are getting richer while the poor are getting poorer. Those at the top are also responsible for a massively disproportionate share of global consumption and greenhouse gas emissions. That richest one percent? They account for more than double the global emissions of the poorest 50 percent!

The embracing of authoritarianism, of anti-science and anti-democratic beliefs, especially among those who stand to be hurt most by it — as illustrated by the people whose pathetic attempts to overthrow the U.S government last week failed miserably but nonetheless led to at least five deaths and a crisis in American democracy — shows the importance of standing up for what is right and just.

It’s no longer good enough to wring our hands and fret about the multiple crises we face. We must become informed, speak out, vote, hold our politicians to account, join forces. We must demonstrate the power of compassion and love, of hope and courage, over the forces that are trying to keep us on a suicidal road that benefits a minority at the expense not just of most of humanity, but of all the living beings that share this fragile planet.

We have to recognize that we are interconnected with each other, with nature, even with the rocks and waters that form our home. Those of us who care outnumber the short-sighted, profit-driven and careless, and those who heed them out of fear and ignorance. We must make ourselves heard.

Not just in the United States:

Wealthiest one percent now own half the global wealth:

More than double the global emissions:

More than a museum