Time for #MeToo to shift to the #IRegret movement

The focus on consent has made men all over the world stop and think. Am I one of those men? 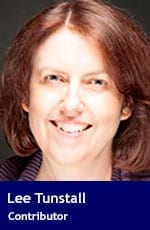 Strangely, this weird moment in history is a good time to be alive.

I’ve been a feminist most of my adult life, at least since I realized power imbalances were rampant in present and past societies. After dedicating most of the 1990s and 2000s to fighting the good fight in the trenches, I burned out and left women’s issues to fight other injustices.

In the women’s sector, I spent a lot of time researching women’s history, and advocating and raising money for research into issues of violence and abuse. I left because although I saw incremental changes, I never saw what I was looking for: fundamental systems change.

At least not until the #MeToo movement came along.

#MeToo gave crusty old generation-X feminists like me hope for a better future – for women and men. And it all came down to the question of consent and power imbalances.

The focus on consent has made men all over the world stop and think. Have I ever pushed a woman too far for sex? Did I ever say something that made the women in my life uncomfortable? Am I one of those men?

In fact, I’ve often wondered where the flip side to the #MeToo movement was – where’s the #IRegret movement? Should this profound societal change be driven completely by those who experienced harassment, violence and abuse? Or do those responsible for their behaviour not need to acknowledge their part in this too?

I’m convinced that consent – in all its forms – will drive real change.

When the focus is on consent, it’s funny how easily other inequities also rise to the surface.

Think about the BBC gender pay disparity. Or the actors Claire Foy in the Netflix series The Crown and Michelle Williams in the Hollywood film All the Money in the World, who both fought for and won equal pay after discovering otherwise.

While some worry change is only occurring in the entertainment industry, the ripples are starting to be seen elsewhere. Perhaps we needed an industry locus to point the spotlight on the power imbalances that exist elsewhere and everywhere.

Why is this happening now?

Many reasons, but the simple passage of time and the maturation of the women’s movement plays a significant role. Women are finally reaching critical mass in decision-making roles and what was accepted behaviour in the past is no more. And with these female leaders in place – in business, in sports, in politics – other women are feeling empowered and are rising, and they’re taking some men with them.

This is all bound to confuse some men. Roles and rules are changing under their very feet. What was solid ground is now quicksand. But within a generation, the new rules of consent will be understood by everyone and things will calm down.

What a lovely dream that is, isn’t it? Not at all like Margaret’s Atwood’s dystopian The Handmaid’s Tale, which is breathing life into this movement and galvanizing a new generation of women.

I’m thrilled I’ve lived long enough to see this moment in history. As an historian, I am acutely aware of how future historians may analyze this moment. This could well be the beginning of an entirely new historical period.

Welcome to the Age of Consent.

Dr. Lee Tunstall holds a PhD in history from Cambridge University, is a sessional instructor at the Werklund School of Education at the University of Calgary.