By better understanding how various political factions differ, perhaps we can help close some fundamental gaps in society 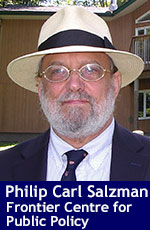 North American political polarization is on the rise. Those on the left appear to move ever further to the left, while those on the right find less and less in common with fellow citizens. The political rhetoric has escalated to a toxic level.

Half of Americans are labelled sexist, racist, homophobic and Islamophobic; a basket of deplorables, redneck failures who cling to their guns, fundamentalist religion, and fear; and white supremacists.

Those of the American progressive left are viewed as traitors of America, betrayers of western civilization, haters of Christianity and apologists for Islam, violators of the Constitution, advocates of open borders who wish to bring a flood of Third World immigrants (even those dedicated to destroying the West), enemies of capitalism who openly revere socialism, and champions of a dominant state apparatus that aims at suppressing freedom.

Canada is increasingly polarized along the same lines, with Parliament denouncing the non-existent psychiatric condition Islamophobia in order to suppress criticism of Islam and the press driving out conservatives such as Kellie Leitch. At the highest political level, Canada’s heritage in western civilization is denied in favour of ‘diversity,’ and minorities favoured over majorities.

Canadian government programs exclude religious organizations that don’t subscribe to progressive ideology. Radical feminists who demand that all female allegations of male misbehaviour be believed without the support of evidence can count on the highest echelons of Canadian politics to support them.

While this polarization suggests that choices must be either extreme progressive or extreme conservative, in fact there are a wide range of positions between the extremes. One of them is classical liberalism.

Of course, Canadians are familiar with the terms and relate them to the names of the two main Canadian political parties, the Liberals and Conservatives. What these parties mean by their labels is not always obvious.

In the U.S., the Democrats are often thought to be liberal and the Republicans conservative, but again, what these terms mean in political party terms is ambiguous at best and usually covers a wide range of views, some incompatible with one another.

What we can say is that under each label, ‘liberal’ and ‘conservative,’ a variety of orientations are recognized.

Liberalism has come to be used for a wide spectrum of leftist opinion, from moderates of the centre, to government interventionists, to wealth redistributionists, to democratic socialists, perhaps stopping short of communists. So the meaning of ‘liberal,’ in terms of specific ideas, policies and programs, is very unclear.

Britannica defines liberalism as a “political doctrine that takes protecting and enhancing the freedom of the individual to be the central problem of politics. Liberals typically believe that government is necessary to protect individuals from being harmed by others, but they also recognize that government itself can pose a threat to liberty.”

Philosophy Basics says there are two major currents of thought within liberalism:

Classical liberalism holds that the only real freedom is freedom from coercion, and that state intervention in the economy is a coercive power that restricts the economic freedom of individuals, and so should be avoided as far as possible.

Social liberalism argues that governments must take an active role in promoting the freedom of citizens, and that real freedom can only exist when citizens are healthy, educated and free from dire poverty.

Is social liberalism, which can embrace everything from the welfare state and democratic socialism, distinguishable from progressivism? According to the Center for American Progress, “progressivism as a reform tradition has always focused its moral energy against societal injustice, corruption, and inequality.”

Progressivism, too, has different streams, the main two described by Nate Silver at the website fivethirtyeight:

Rational progressivism believes that with the use of reason and the exchange of ideas, society will tend to improve itself through scientific and technological innovation. Rational progressivism tends to be trusting, within reason, of status quo political and economic institutions – generally including capitalism. However, unlike conservatism, it also sees these institutions as works in progress. The project of rational progressivism, then, is to propagate good ideas and convert them, through a wide and aggressive array of democratic means, into public policy.

Radical progressivism represents a much more radical and comprehensive critique of the status quo, which it tends to see as intrinsically corrupt. Its philosophical tradition originated in 19th century thought and owes a great deal to the Marxist critique of capitalism and the Marxist theory of social change as “transformation.”

Social liberalism and progressivism advocate in favour of strong government intervention, equality of result, obligatory redistribution of wealth, restrictions on speech, and treating people according to their racial, religious, gender, ethnic and sexual identity categories.

Radical progressivism dispenses with democracy in favour of one-party states.

Liberals and progressives are at odds over several important issues:

Liberals tend to think that human nature is given and mixed. They think that social arrangements need to be open, such as in market economies, to allow individuals to seek their own destinies.

Conservatives tend to believe that human nature is flawed and that evil flows from those flaws. Therefore, they expect social reform will always disappoint because, due to human nature, there will always be crime, poverty, corruption, social hierarchy and war. They look to religion, family and heritage to fend off the worst aspects of human nature.

It’s time for those with more moderate views to take a stand against the increasing extremism we see today.

Philip Carl Salzman is professor of anthropology at McGill University, senior fellow at the Frontier Centre for Public Policy, and fellow of the Middle East Forum.