The delays, mistakes and outright incompetence related to cannabis legalization suggest we won't be able to manage opioid use 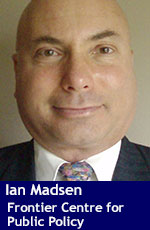 Ever since the oft-delayed rollout of legal recreational cannabis sales in Canada on Oct. 17, there have been problems across this vast and highly regulated land. All of these problems mean the illegal cannabis market remains intact.

They also suggest we won’t be particularly adept at handling legitimate drug crisis in this country.

The cannabis-related problems include:

It wasn’t supposed to be this way.

The federal Liberal Party adopted legalization as part of its platform many years ago, and the promise was part of what allowed them to win the 2015 election. The various provincial governments were all aware that they would have to allow legal sales of recreational cannabis products when the new federal government took office.

Extensive consultations went on between federal politicians and regulators and their provincial counterparts over the ensuing three years. Handling the particulars of the legislation seems to have been done properly, if a little belatedly, and police departments and the RCMP were ready for sales in October.

The people missing in action appear to be at the provincial level.

The result is that one of the aims of legalization – the drastic curtailment, if not outright elimination, of the black or grey market for cannabis – has not occurred and may not transpire for months, if not years.

In some ways, growing pot is like growing wine grapevines: it takes years before appreciable yield of usable product to sell. While several major companies have been created and many paper fortunes made on the stock exchanges as a result, these firms still haven’t produced enough pot to slake demand, even at the small number of retail outlets in operation so far.

If provincial authorities in B.C., Ontario and elsewhere had been on their game, they would have placed sufficient advance orders to meet the anticipated demand, which would have fostered higher production. This is what happens in a normal free market.

The demand for cannabis should not have been a mystery. Unlicensed outlets across Canada gave major indications of the size of the market, as did police estimates.

Yet insufficient resources were put into vetting retail licence applications, and there was overconfidence in the speed at which it would happen. This has helped put further life into the illegal drug trade, which was supposed to end. Fat chance of that now.

The handling of this major social, cultural, legal, regulatory and commercial shift by federal and provincial governments doesn’t engender much confidence about how they would deal with another major legalization issue: controlled use of opioids in restrictive venues.

The horrendous opioid fatality toll in this country has led to calls for the substances to be monitored and rationed by medically supervised people. Those professionals can ensure that dosages are not lethal and that the drugs are standardized, with no adulterating substances included.

While the nature and circumstances of this potentially positive reform are different from that of cannabis, it’s critical that any such project be rolled out in a far more organized fashion.

Many lives are at stake.