Reckless rhetoric is no way to debate public policy 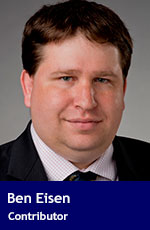 Dennis Raphael, a professor of health policy and management at York University in Toronto, recently penned an opinion piece that represents a low point for discourse about public policy in Canada. Raphael describes the policies of the new Conservative government in Ontario, and specifically the decision not to increase the minimum wage next year, as “social murder.”

He begins with the correct statement that impoverished people are more likely (for a host of reasons) to be sick and die younger than other Canadians. This is not controversial.

Then, however, he veers into the realm of the absurd when he accuses the government of Premier Doug Ford of committing “social murder” of its citizens. This is a despicable and unsupportable allegation.

Murder, properly defined, is the unlawful premeditated killing of another human (Raphael’s use of the word “social” doesn’t pretty up his ugly charge).

To justify his characterization, it’s not enough to prove Ford’s policies will increase poverty – or even that this increased poverty will lead to some increase in mortality. Instead, you must show that the government knows all this and is proceeding with policies in full knowledge that it will kill vulnerable Ontarians.

The argument is so weak one barely knows where to begin. Nevertheless, Raphael is correct on one important point: public policy choices about social assistance and other matters can have life-and-death importance. Policies related to health care, energy, education, social assistance, economic growth and many others require policy-makers to make decisions that influence health outcomes and, yes, the longevity of our lives.

Raphael is therefore right – mistaken policy choices can cause some people to die sooner than they would have otherwise. This is a burden that policy-makers must carry.

But what he blithely ignores is that people of good faith can honestly disagree about the likely consequences of various policy choices and believe their preferred policy will make people’s lives better and longer, while somebody else, equally informed and well-meaning, can believe the opposite.

Let’s consider Raphael’s example of minimum wage policy. Where the minimum wage should be set, for example, to minimize poverty is a tough and complicated issue that can be informed by empirical evidence. Given the complexity of the issue, it’s not surprising that the professor never meaningfully addresses it.

But suggesting that holding the line at $14 contributes to social murder raises further questions. Was former premier Kathleen Wynne committing social murder by not raising the minimum wage to, say, $16 per hour? If not, why does the Ford government’s policy – to keep the wage at $14, not the $15 planned by Wynne – demand such a vile accusation?

Again, none of this is to say economic and policy debates don’t have life-and-death implications. They do. For example, Fraser Institute research suggests that health-care reform strategies from Europe could reduce wait times in Canada, helping reduce suffering and potentially extending lives.

It would be revolting, however, for our researchers to describe opponents of such reforms as sadists and murderers.

Yes, health-care policy, like social assistance policy, can have a huge impact on people’s lives. But the basic presumption of good faith at the heart of any democratic polis requires us to work harder to understand one another’s perspective rather than basically calling opponents of our ideas murderers.

Canadians are often quick to note how the discourse about political affairs in the United States has taken an ugly and uncivil turn. Raphael’s column proves these turns can also happen in Canada and that in a heated political environment, policy discourse can go completely off the rails.

While Raphael has added nothing to the debate about poverty and the minimum wage, perhaps his reckless rhetoric will remind anyone interested in public policy that there’s a wide range of legitimate views on most issues.

We can debate them without hurling accusations and insults at people and politicians with whom we disagree.

Ben Eisen is a senior fellow for the Fraser Institute’s Ontario Prosperity Initiative.

Reckless rhetoric is no way to debate public policy added by Ben Eisen on October 10, 2018
View all posts by Ben Eisen →